You can change your sharing setting anytime here.

or   No, don't share
×
drop to remove
Wishlist
Wishlist
Your discount code: 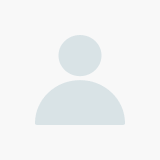 So what is gluten and what’s the big deal about it?

Take a quiz to check what you know.

Gluten is a sticky protein found in wheat, barley, rye and related species.

Celiac disease is a serious digestive disorder related to intolerance of gluten that is increasing around the world. It causes abdominal bloating, pain, vomiting, skin rashes, anxiety, depression, arthritis and other symptoms. It is sometimes triggered or activated by childbirth, pregnancy, severe emotional stress, surgery or a viral infection. The length of time someone was breast-fed can influence the severity and first appearance of celiac disease, with shorter periods (and sooner exposure to formulas and cereals) leading to earlier incidences. New research indicates that scientists have found a link between celiac disease and Type I diabetes. As many as 10% of children with Type I diabetes also have celiac disease and evidence is growing that Type I diabetes may be triggered by gluten exposure.

Non-Celiac Gluten Intolerance (NCGS) is a condition where people who are not diagnosed with Celiac disease exhibit some of the same symptoms. Gluten intolerance s 30 times more prevalent than celiac disease. Some of these people can avoid gluten for a while so that their intestinal villi can recover and then slowly introduce wheat products again to a lesser degree.

Wheat Allergy is a condition in some people where they are allergic to wheat, eggs and other foods. This is not to be confused with gluten intolerance. People with wheat allergy can often tolerate other glutenous grains like barley.

Chris Masterjohn, editor of the website Cholesterol and Health, outlines three theories about the development of gluten intolerance:

1) Some of us may have a gene that causes our immune system to look on gluten protein as a microbial invader.

2) Antibiotic use and indigestible food intake may damage intestinal probiotic bacteria. Feeding infants grains before they are able to truly digest them may increase the risk of dysbiosis: damaged gut flora.

3) Low-nutrient diets may interfere with the suppression of certain immune cells that attack harmless proteins.

Others have proposed the following reasons:

1. Hybridized & genetically modified wheat varieties that are low in nutrients, crop-spraying and other modern farming techniques.

3. Abandoning traditional methods of soaking, sprouting and souring grains in order to make them digestible and nutritious has been abandoned for a fast and convenient method of mass producing food. Researchers are investigating the possibility that traditional preparation methods and the probiotics they generate may alter the toxic peptides responsible for gluten intolerance and celiac disease.

If you are diagnosed with Celiac disease, NCGS then eliminating gluten from your diet is essential. It is important to eliminate not only glutenous grain but also hidden sources of gluten such as beer, malt, artificial coffee creamer, bouillion cubes, candy, chewing gums, ketchup, mayonnaise etc.

So what can you eat?

The following grains, the flours made from them, these binders and other carbohydrates are gluten-free: Arrowroot, legumes, buckwheat, amaranth, seeds, millet, nuts, sorghum, corn, potatoes, tapioca, flax, quinoa, wild rice,Yucca.

A recently published study in the journal Digestion found that 86 percent of individuals who believed they were gluten intolerant could actually tolerate it. In such people, eating a gluten-free diet isn't necessarily healthier, nor is it recommended for weight loss – and it could lead to weight gain. It could also lead to vitamin deficiency.

Many gluten-free products are higher in carbohydrates, fat, sodium, additives like gums  and sugar to enhance the flavor and texture to make up for the lack of gluten. They are not suitable for people with issues such as obesity, pre-diabetes, diabetes, gestational diabetes, insulin resistance issues.